The Gift by Alison Gaylin 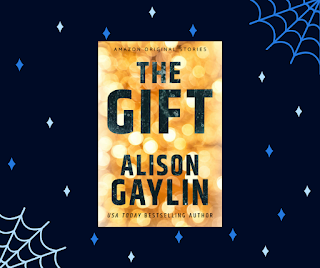 The author is an Edgar Award winner If I Die Tonight. She has 11 novels to her credit.

When the novel starts we see Lyla McCord is at her London premiere of Desire of Annabeth. She gets a phone call that her daughter Fidelity has been Kidnapped. This leads to a chain of events that leads to her past.

Fidelity nanny had gone to school to pick her up. She was not there. The police suggest she might have run away. Lyla says she is just eight years old. With no ransom note for 4  days  it is a mystery where she has disappeared.

They go to see a psychic called Carl. It seems he has images of lost people. Lyla has brought a t-shirt of Fidelity and He says who is Lisa. Lyla is hysterical after hearing the name and says she wants to go home.

Who is Lisa and has she kidnapped Fidelity ?

I liked this suspense novel. Since it is short I could finish it fast. Though I don't understand what the title means it makes an excellent read.

Buy Headsets Starting From At Rs.299/-

Get upto 70% off on Watches

Get up to 40% off on Dishwashers, washing machines & more