The Forty rules Of Love By Elif Shafak 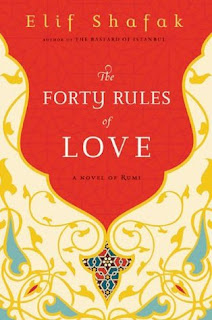 This book is about Rumi. He was a poet who spoke about love. The story is on two fronts.

On one end is Ella who works for a  literary agency. She is unhappy in her married life. There is an emptiness in her life. Her agent gives her "Sweet Blasphemy" a novel to review. This is the second story in the novel which is about Rumi.

The novel is written by Aziz. Ella starts to write emails to him and starts liking him. The story about Rumi is set in the 13th century and talks about relationships of Shams of Tabriz and Rumi. Shams of Tabiz is a Sufi who has a vision that he is about to die. He decides to find someone to whom he could give his knowledge.

Tabriz travels to Koyna and meets Rumi. Since Rumi spends so much time with Tabriz everyone starts hating him. The story keeps on shifting from Ella to Rumi and back to Ella. A lot of quotes are mentioned in the book.

The book is written in a manner that anyone can understand. Also after reading the book you might be transformed. The book is philosophical but easy to understand. The book is set between two different culture. It’s a book that encourages you to transform your life and fill it with love."[19]
at June 26, 2020 No comments: 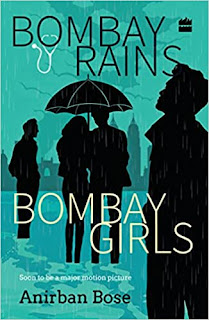 The college starts like any normal college. Ragging, rose day and of course classes. Love is in the air with Adi falling in love with Renuka.

The state of medical college is also seen. Residents are up in arms about their living conditions. It seems that a strike is the only option. Will the students also join them? If they do hospital work will suffer.

Then there are cultural differences. Toshi a student from Nagaland relates how he feels in his own country. Being from northeast he says people look to him ina different way. Toshi mummy says differences are not in how others see us, rather in how we think others see us.

The writing is simple and easy to understand. Font makes the book easier to understand. This is a light-hearted book with a few tense situations in between.
at June 18, 2020 No comments: 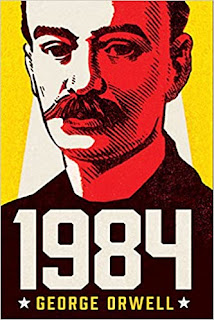 On the inside of a building we see a caption BIG BROTHER iS WAtCHING YOU . Reading that you come to know you are talking about totalian government. London is the setting of the government. Winston is in the lower ranks of the party.

The party controls all aspects of life . There is a ministry of truth, ministry of love and  ministry of thought police. Newspeak is the official language of the government. This was devised to meet the needs of Engllish socialism .

Winston goes on to talk about The Great purges in which some of his family members were wiped out. Prisoners are hanged in public and many people go to see such hanging.

It is described in detail about how changes are made in the dictionary. This is quite elaborate. As a writer, you might like this .

Instead of calling proletariat, it is known as proles. Then there is talk about freedom is slavery and ignorance is strength. But i dont really understand this part. Winston is a traitor and part 3 books deal with how he is captured and how he is dealt.