If Tomorrow Comes By Sidney Sheldon 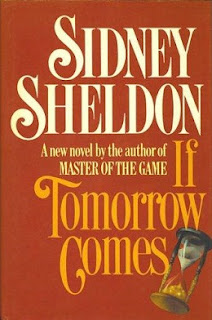 This book is a tale of revenge and betrayal. It is a tale about a woman who turns into a thief after having done a prison sentence for a crime she had not committed.  Everything was going well for Tracy Whitney. She was to marry Charles Stanhope III.

A phone call that she gets changes her life. Her mother is dead. From then on Tracy falls into a web of unfortunate events which leads her into prison for a crime she had not committed. Tracy is pregnant and loses her child in prison.

Charles also betrayal her. Living in prison is like living in hell. She plans her escape. Once out of jail she tries to find a job. But due to one or the other reason she losses all her jobs. Revenge was the thing foremost on the mind of Tracy, when in prison. She now plans her revenge.

She takes revenge on the people who had betrayed her. Jeff Stevens is a person whom Tracy meets. Both plan crimes that are successful. But soon the police are on to her. Will the police catch her or not?

This story will touch your hearts. Written in a simple manner you will feel sorry for Tracy.
My next book review is going to be The forty rules of loves by Elif Shafak.
at December 09, 2019