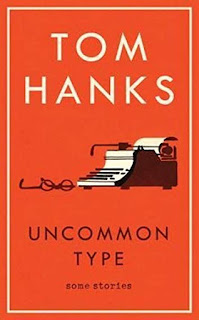 When I saw a book by Tom Hanks I was fascinated. Here was one entertaining actor that I liked so I thought if he was a good writer. Thus I bought the book. They are short stories. I liked the book.

One is about a lady called Bette. She is divorced and moves into a new neighbour. She is not sure if this neighbourhood is good enough for her children. Then there is a story about a father and son who like surfing and the father is cheating on his wife.

Then there is the story about a soldier who is trying to adjust to his life after the war. It could be said that this is got from saving private Ryan. There is one about Sue Glibe who is trying to make a mark in the showbiz. Someone advises her to change her name.

Tom it seems is obsessed with typewriters. In one story he describes it in detail. In this story a ten-year boy  is seen using a typewriter.  Is Tom trying to say that in today"s high tech world there is still a place for computers?

All the characters in the stories are differnt which makes the book interesing.
at August 04, 2019