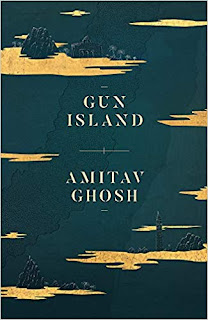 Amitav Ghosh, a house hold name is all set to release his new book Gun Island  in June in 2019. The story revolves around Deen Sutta, who is a dealer in rare books and is used to a quiet life. But circumstances lead him to change his beliefs and he sets on an unusual journey. He travels from India to Los Angeles to Venice and on this journey, he meets new people, some of who change his life significantly. Spanning across space and time, the novel is about change and hope, and how a man's faith in the universe is restored by two women.

There is Piya, a fellow Bengali-American who sets his journey in motion; Tipu, an entrepreneurial young man who opens Deen's eyes to the realities of growing up in today's world; Rafi, with his desperate attempt to help someone in need; and Cinta, an old friend who provides the missing link in the story they are all a part of. It is a journey which will upend everything he thought he knew about himself, about the Bengali legends of his childhood and about the world around him.

Gun Island is a beautifully realised novel which effortlessly spans space and time. It is the story of a world on the brink, of increasing displacement and unstoppable transition. But it is also a story of hope, of a man whose faith in the world and the future is restored by two remarkable women.

Gun Island will be Ghosh's ninth novel. His last fictional work was Flood of Fire, the third book in The Ibis Trilogy, which was published in 2015; while his last non-fiction book titled The Great Derangement: Climate Change and the Unthinkable was published in 2016.