My Sister's Grave By Robert Dugoni 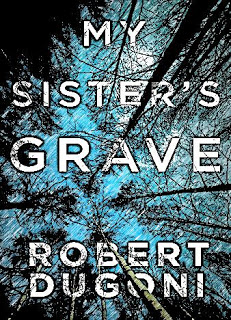 Seeing the title you would wonder if this is a horror book. But no. This is a murder and thriller book.

At the centre of the plot is Tracy Crosswhite. Her sister Sarah had disappeared while going back from a party all alone. But her body was never found. This was twenty years ago.

Edmund house has confessed to the murder. But Tracy is not convinced that the evidence collected is enough. She believes that Edmund is innocent.

Thus begins the search for the truth.

The story is set in Cader Grove where the murder took place. Dan o leary is a friend whom Tracy meets when she comes back to Cader Grove after the remains of her sister are found. Ghosts of the past come haunting back once the remains are found. Both make it their mission to find who has murdered Sarah. Tracy somehow blames herself for letting her sister go alone from the party. There is much false evidence on the way.

The main question is if Edmund did not murder Sarah who did? The writing is simple.

The writing is simple. There are many turns and twists in the story.