This novel is a historical romance. The story starts with David Balfour . His father leaves him a letter after he dies, saying to go to see his uncle. When he tries to find uncle house everyone gives him a wired look. He reaches his uncle house and his uncle tricks him.

His uncle on the pretext of a business deal sells him into slavery. He travels on a boat which is shipwrecked and he makes friend with alan. Alan is a classic rogue, with some fighting skill, a gift of gab, and a gambling problem. Thus there is an adventure. There also is a political and historical background.

Sale on Luggage & Bags click on the first icon on the right.

There are many
Sale on Data Storage Devices Click on the second icon on the right.
at February 20, 2021 No comments:

The girl who lived by Christopher Greyson 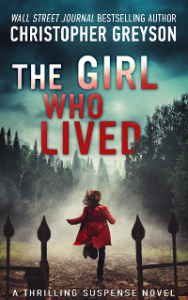 Christopher Greyson is a Wall Street Journal bestselling author of mystery, action, and thriller novels. His acclaimed Detective Jack Stratton Series has been read by many.

The story is about a girl who has witnessed four murders. Michael her father, his lover, faith older sister Kim before killing himself. She has been in a psychic hospital. But Faith has another story to tell. she says she saw a rat face person who might have killed.

No one believes her since she has been in and out of mental hospital since a young age. Also, she is acholic. When she is released from the hospital she sees rat face again. She decides that the Union e believes her she will try to solve the mystery herself.

Faith: The main protagonist is a person who has been in and out of the hospital.  She is also acholic. Out of the hospital, she tries to attend the acholic meeting just to get a sign of the meeting leader to show that she has attended the. I feel sorry for faith.

Faith mother: Faith is not on good terms with her. Her mother marries Thad just two years after Michael dies. The mother wants faith to stay with them. But she refuses. She tells faith not to mess her life again

The girl who lived is a young adult fantasy.

This book is on kindle unlimited.

Celebrate love in a grand way with the perfect romantic gifts for your special someone. Explore our specially curated Valentine’s Day gifts collection for the entire love week. Choose from a wide plethora of flowers, cakes, teddies, chocolates, cushions etc. and make your loved one happy. Pre Order your Valentine's Day gifts to avoid regrets in the last minute & also ensure guaranteed delivery.

Click on the ferns and petals icon on the right. 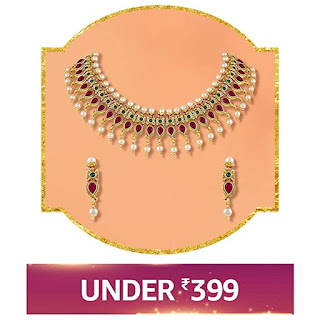 WOW what an offer. Click on the first amazon icon to get more amazing deals like this.
at February 09, 2021 No comments: 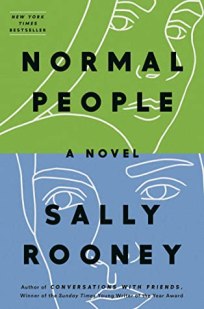 Sally Rooney is known for her novel Conservation with friends. She is the winner of Sunday times young writer award.

This book is about two people Cornell and Marianne. The setting is a small town in Ireland. The author is also from Ireland. Cornell mother works as a cleaner in Marianne house. Both go to the same school.

Cornell goes to Marianne house to pick his mother. Both become lovers. But in public they do not show this. Cornell mother reminds him about the difference in the social standing between the two family. Cornell ignores it.

Meanwhile, there is a fundraiser in Debs house who stays close by. Marianne gets offended when even Cornell does not ask her as his date. She feels betrayed.

Cornell is shy but well-liked in school. Marianne is a private person. Both study in trinity college, both start seeing someone.
The writing style is simple and easy to understand. It is in the third-person narration.
at February 09, 2021 No comments: 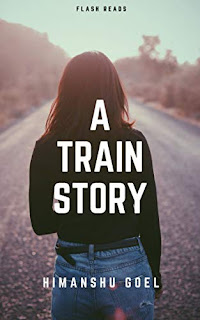 Himanshu Goel is also a poet. 52 laws of love is also his book.

As the name suggests the story is set on a train. The girl sits on the train from Samirpur. We see a girl with a lot of luggage almost missing her train. She is jobless and depressed. She is met by a stranger.

The stranger sounds familiar A conservation starts. When the stranger gives a child the same biscuits that the girl used to buy, she is shocked.

The book is only 13 pages so the suspense is solved in those 13 pages. The writing is simple. I was amazed that the author told the whole story in just 13 pages