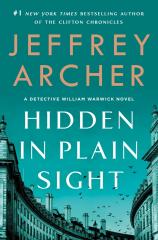 This book is in the second series of William Warwick series. William along with being made a deputy sergeant is transferred to the drug squad. The book is about drugs problems.

In the beginning, we see William interviewing Adrian heath with whom he has gone to school. William tries to confess Adrian to tell him who his bosses are.

There is a lot of stuff about what it takes to join the force . Like the exercises and the exams. I felt that could have been avoided.

Meanwhile, William is to marry Beth.  Prepares are on with the usual excitement. Personal life is also described between the two.

In order to catch a criminal William plans a trap that no one can thinks about. Hence the novel name Hidden in plain sight.

William father was a lawyer but William did not choose this.

The book is fast fasted and like all his books excellent. Style is simple while making the book exciting.