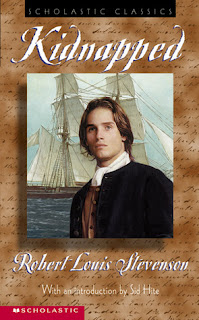 This novel is a historical romance. The story starts with David Balfour . His father leaves him letter after he dies, saying to go to see his uncle. When he tries to find uncle house everyone gives him a wired look. He reaches his uncle house and his uncle tricks him.

His uncle on pretext of a business deal sells him into slavery. He travels on a boat which is shipwrecked and he makes friend with alan. Alan is a classic rogue, with some fighting skill, a gift of gab, and a gambling problem. Thus there is an adventure. There also is a political and historical background.

I enjoyed the book .