The Loop by Nicholas Evans 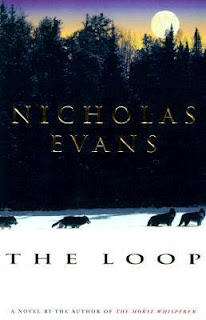 
At the start, a wolf has almost attacked a child. Dan from office of wildlife service recovery is called in. The ranching community is up in arms. They want to kill the wolves. But they are an endangered species.


A biologist is called in, Helen Ross. She does not want to kill the wolves. All this happens in the town of Hope.  Buck Calder is one person who wants to kill then wolves. Luke his son loves the wolves and tries to save them . But Luke stammers a lot.


The first loop refers to the food chain of nature. The second talks about the wolf hunter as poison . In the book, Nature is described very well. I Ioved this part.

The writing is simple. This story is about a man's conflict with nature.
at August 12, 2020