The grass is always greener by jeffery Archer 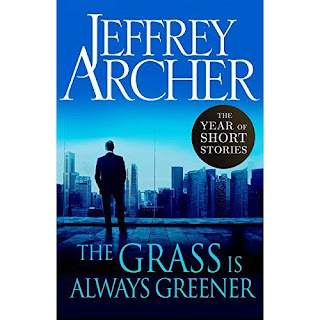 This book starts with a person who sleeps under a bank. As people come into the bank to work it is clear that no one is happy with his position at the bank. Everyone thinks that the other person is better off. Like in a real world no one is satisfied with what they have .

So we can relate to the novel . Roger Paker who is  head of personal has had a affair with his secretary. She is pregnant  and he is thinkig what to do since his reputation is at stake. Roger Paker  is told to look at the McKinsey report. It seems a few departments will have to downsize themselves .

Characters are how they would be in a real world. It is about survial of the fittest. Everone wants to be one step up the ladder. But they dont realize that there is pressure at all levels. The story could have been made longer.

Something more should have been told about the characters.Jeffery is good with short stories and this one is no different . Though i wish the ending could have been better. Overall the book is good to read.